I was in two minds about whether or not I could conjure up enough words to make this a worthwhile read, I keep thinking about the time passed between and where to begin.

Let me start by saying that there really is new music and visuals to share this time, however it’s definitely not a comeback of sorts from my solitary, sedative, musical existence… I say this because people still ask me “Eran are you still a Singer”?

I take no offence in the question, however I personally don’t believe in one having gone away and then coming back, unless I’ve kicked the bucket there’s definitely no coming back from that.

For me music and singing is just another layer amongst the many when you peel away the skin.

Last year in August I was in London with my wife The Nabster (Nabila), for my sister-in-law’s grand Bengali/Indian wedding. In the midst of greeting guests, decorating, painting rooms, making family appearances and practicing my Bollywood dance routine each night, I managed to catch up with my old partner in crime Robin Millar.

The weather in England last summer was absolutely glorious.

Robin called and suggested I take a breather from all the wedding antics at the family home, and that we should take a road trip out to the countryside for a day or two… and so we did.

With the top down on Robin’s convertible and ‘The Great British Sun’ above, we headed west out of London through the glorious English countryside to The New Forest.

On the drive and like old friends do, we drifted in and out of deep conversation, banter and a CD wallet full of music (yep I said CD’s).

A few hours later with the air still warm we arrived at our B&B just off the motorway, the sun was hanging low and with an hour or so before sunset we decided to keep on driving.

We drove around for another hour or so through thick forest roads, the music was off & conversation faded. The setting sun was peeking through the canopy as we slowly manoeuvred past dozens of beautiful wild ponies along the winding roads and open fields. Coming to a complete stop to let them pass, there was no one else in these parts, just us, the sound of trotting and tree’s moving in the breeze it was truly magical.

The following morning kept with the same glorious sun and a pre-meditated plan.

Both car lovers at heart Robin and I planned to spend most of the day visiting Classic Car Rally’s dotted across the surrounding countryside, hardly Las Vegas but quite fitting we thought for a boy’s road trip out of town.

It was mid-afternoon when our inner petrol heads had retired, my sun screen had melted and our road-trip snack’s depleted. We got a bite to eat and then Robin suggested we head towards the M4 slightly north in direction of London. A detour took us to Pangbourne where we had late afternoon drinks on The Thames, watching riverboats pass through the lock, distant dreaming in conversation and Robin talking of summers spent on a houseboat on The River Thames.

The evening was descending as we hit the outskirts of London, sitting idle in traffic and getting closer to the centre Robin tells me an address to put into Google Maps. Perhaps irrelevant yet somewhat perplexed, the street name was the same as my childhood home and the first time I’ve ever come across another.

We eventually end up down a small street in Chelsea with me driving into oncoming traffic thanks to maps, we park the car in front of what looked like a private residential complex. With fondness Robin tells me he used to live here and that the local Italian across the road used to be one of his old haunts, we’ll go there for dinner he says.

Before Italian, we walk into the foyer of Robin’s old residence greeted by a porter at the desk. He calls out to Robin like an old friend, surprised to see Robin and Robin just as surprised to hear his voice after all these years. They chat for a few minutes and Robin explains he is here to show a friend where he used to live.

I have some great memories here Robin tells me, it’s a beautiful residence and very tranquil, the sound of water trickling through the fish ponds with beautiful greenery along the narrow walking paths. I feel like I’m on holiday I tell Robin, an oasis inside London, he smiles and nods and then we head off for dinner.

I’ve certainly got off track here, but that’s what happens whenever I’m in London… The unexpected and the unplanned, I’m sure our little road trip sparked the flame to the music that proceeds.

A few days later I’m over at Robin’s flat in his studio, no agenda. Somehow we get talking about music, my music in particular and the work we’ve done together over the years.

We pull out the music vault and stumble on an old gem, a song forgotten and a song in need of renovation. ‘Follow them down’ is the titled track, I wrote this about nine years ago I was probably twenty. Written in earnest, angst and perhaps an inner frustration, I clearly had something heavy on my chest.

Like all renovations in any shape, form or matter, we stripped the song down to its bare bones. With the foundations intact we brought a new life into this old song. With new music in place, a few altered lyrics and the boy that is now a man singing, we had a new song.

Fast forward eight months or so to the present back in Melbourne and I haven’t played much music or done any of that at all. I really didn’t feel like it.

Without going into all of that and reasons why, about a month or two ago I decided I wanted to shoot a video for ‘Follow them down’, perhaps an epiphany or maybe it just felt right? I’m going with the latter.

When I had the idea I decided to call my close friend Peron Lan (Pez). A multi-talented guy, a musician, videographer, photographer I’m sure I’ve missed a few attributes but most of all an amazing guy. In the past we had toured together Pez as my lead Guitarist and traveling pal in tow on the road.

I told Pez what I had in mind and if he would be interested in shooting the clip, the answer was most definitely yes. I spent the next few weeks searching for a space to shoot the footage and found a great little place over in Thornbury called DCF Studios and hired a room.

As the story goes the powers joined forces on a cold and rainy Friday morning in Thornbury. Me, The Nabster & Pez!

The space I had chosen was a long and narrow black room, we had one camera, a few lights on stands, a smoke machine and a song of course.

We black out the main lights and the room is dark, I’m standing centre stage. Pez moves the lighting around behind me and then in front, shuffling back and forth and peering through the lens. The Nabster is taking a few behind the scenes snap’s and is quickly assigned as the smoke machine director and operator. Eventually after a few test runs and a change of lens, the mood is set!

The room was filled with just enough smoke and the lights behind cutting through the haze, this is going to be great I thought. We do a few more takes for real this time, a brief flash of nostalgia of my childhood spent under the same lights, the track plays and I sing with all that I have.

In a few days I’ll hand the music and visuals over to you. I’m really proud of how it’s all turned out and a huge thanks to everyone involved, I love you all. xo

Here are a few pictures of my trip to England last year and a few behind the scenes snaps of shooting the video. 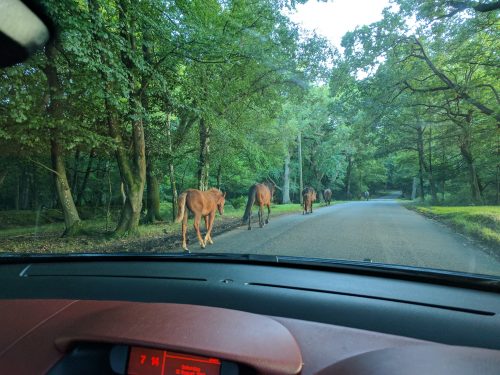 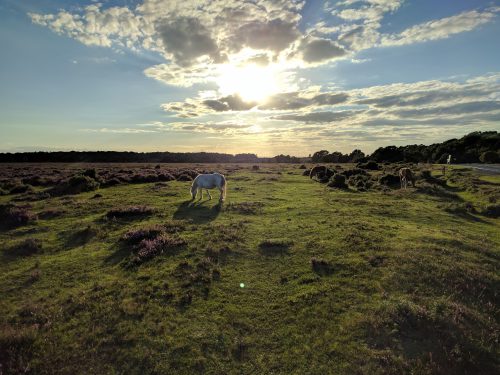 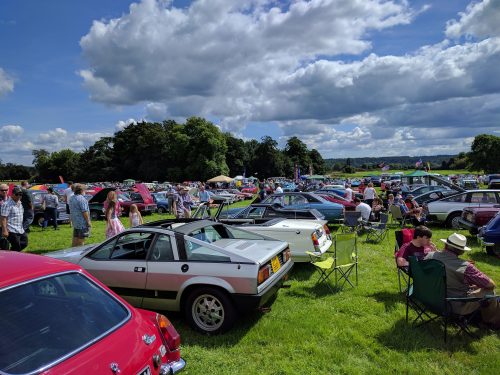 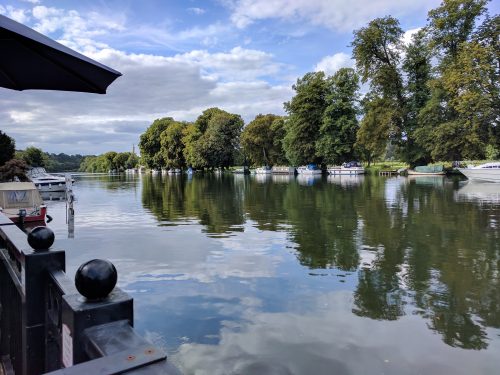 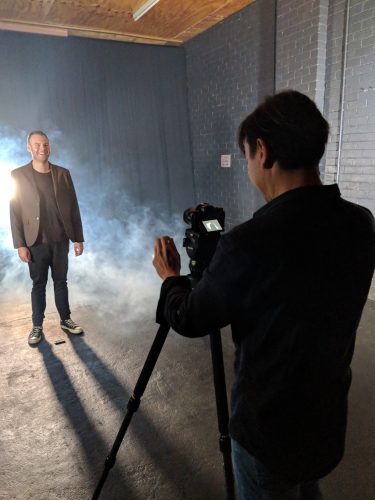 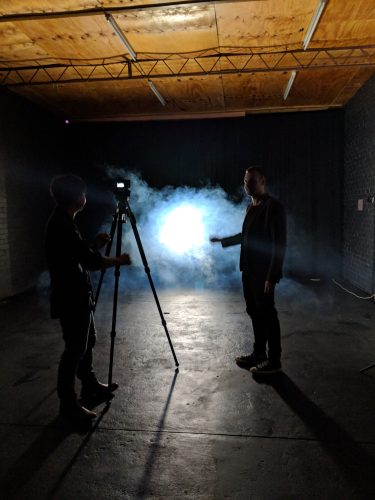 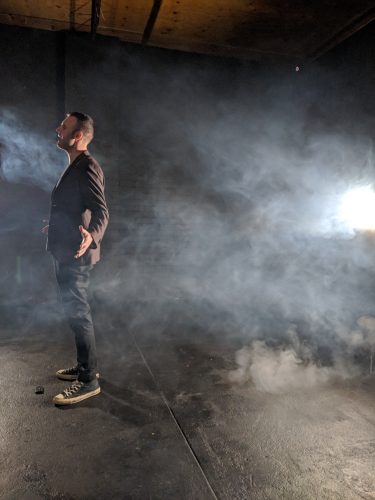